This layer defines a single metamodel which is in charge of mapping PIM models to real hardware/software infrastructure.
The metamodel belonging to this layer is known as the Deployment metamodel or the Mapping metamodel.

The Figure 21 shows the Deployment Metamodel. 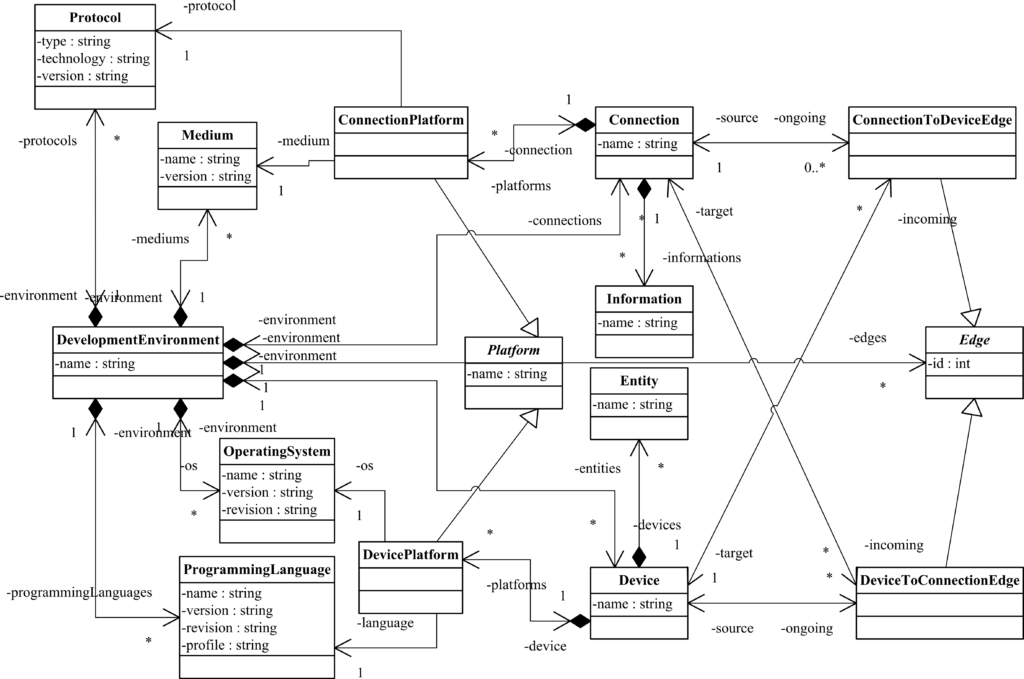 A Device represents a physical device which hosts an Entity. It is deployed in at least one Device Platform. A Device Platform defines a combination of an Operating System and a Programming Language. A Device is connected to other Devices in the system environment by the means of Connections to carry out system tasks.