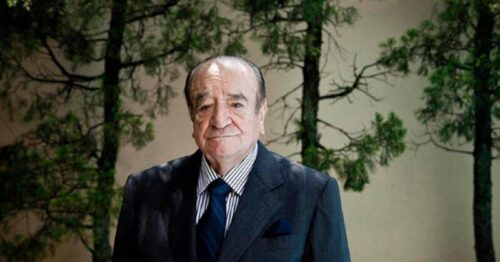 The highly successful Brazilian professor, Paulo José da Costa Junior, having celebrated his 90th birthday in February and having followed a career as a professional lawyer and teacher up until the very end, died in Sao Paulo on 3 March 2015. Nobody who knew him could forget his intelligence, his sympathic nature and his capability to focus on new problems, grounded in legal studies and his broad cultural knowledge. He was one of the few Brazilian penalists involved in the international life of the Science of international criminal law before globalization.

Born in Sao Paulo in 1925, he studied at its Faculty of Law. He began in 1954 as a lawyer specializing in Jury Courts, the chair of all grand lawyers. In 1958, he embarked on his academic career at the Mackenzie University, to move on immediately to Rome, where he obtained his doctorate, as well as specializing in clinical criminology with Di Tullio. On his return, he occupied a professorial chair at the Mackenzie University and the solid position of Libero-Docente Professor at the University of Sao Paulo. In 1966, he returned to Rome and taught at Padua, Pavía and Bologna, an Italian experience that, added to those mentioned above, shaped his personality in a definitive way.

In 1969, he occupied the Chair of criminal and procedural Law of Sao Paulo, from which he conducted intense publicity and academic activity, as the president of the Latin-American Institute of Criminology, as the editor of the Brazilian Journal of Criminology and Criminal Law and as the representative in Brazil of the Índice Penale directed by Pietro Nuvolone in Milan. He was always active in scientific organisations, in the AIDP, the SIC and above all, in the Société International de Défense Sociale, in which he is a member of the Conseil de Direction and has been its Vice-president since the Mexican Congress, in 2012. His works are very intense and his books on the criminal protection of privacy, on the causal nexus, attempted crimes, and transferred malice all stand out, as well as on penological and penitentiary-related questions and on the classic criminal cases. His course of criminal Law was reprinted in twelve separate editions and his Commentary on the criminal Code, seven editions.

He was present at the Congresses on Crime Prevention and Criminal Justice of the Société International de Défense Social held at the United Nations since 1960 and at all of the others, among which a special mention of the Commemoration of the abolition of the death penalty at Coimbra, in Portugal, in 1987. He attended the Congress of the Société Internationale at Toledo in 2007. I visited him in Sao Paulo, where he proudly showed off his legal firm to me and its excellent main office that he shared with his son Fernando. We went to lunch at a grand restaurant and guests at over 10 tables stood up to greet him. He looked at me with those eyes full of happiness and intelligence and said to me while smiling “all the lawyers and judges of the last 40 years have been students of mine!”  That look is the one that will stay in my memory.

It is worth highlighting that the works of the patriarch of Euro-American penalism, Franz von Liszt, were translated and published  early on in Brazil by the professor at Recife and the then Magistrate of the Supreme Court, Higinio Duarte Pereira, in 1898, over 15 years before their translation in Spain by Quintiliano Saldaña and the young  Jiménez de Asúa. However, his influence was not concentrated in Universities, but in the quality of jurisprudence. In the 1950s and 1960s, Brazil opened itself up above all to Italian doctrine. Giuseppe Bettiol is of the greatest influence and Paulo José Da Costa was the translator of his Treatise in three volumes. The influence of Bettiol has to do with his scientific quality and with his Christian piety, which was of such great utility in the Americas of great inequalities. His influence persists in very different political spheres through such people as Miguel Reale Jr. and Alberto Silva Franco and in Argentine in Raul Zaffaroni.

Professor Da Costa had an extraordinary literary vocation that manifested itself in various writings and in two books, an autobiography “A minha vida” and another on memories of the city, which earnt him the chair of the Sao Paulo Academy of Letters, in which he would be accompanied by Ada Pellegrini and Miguel Reale, like him, great jurists and lovers of literature. He also busied himself with other artistic projects, such as the Museum of Contemporary Art of Sao Paulo.

In December, Mario Pisani invited me to visit him in Pavia. After an intense experience with such a masterful guide of his city he took me to eat at the traditional and simple “Marechiaro” restaurant in the main square. Mario told me: “This was the favourite restaurant of Paulo José Da Costa, where he always had lunch after his lessons whenever he returned to this University”. We will always hold him dear in our thoughts.