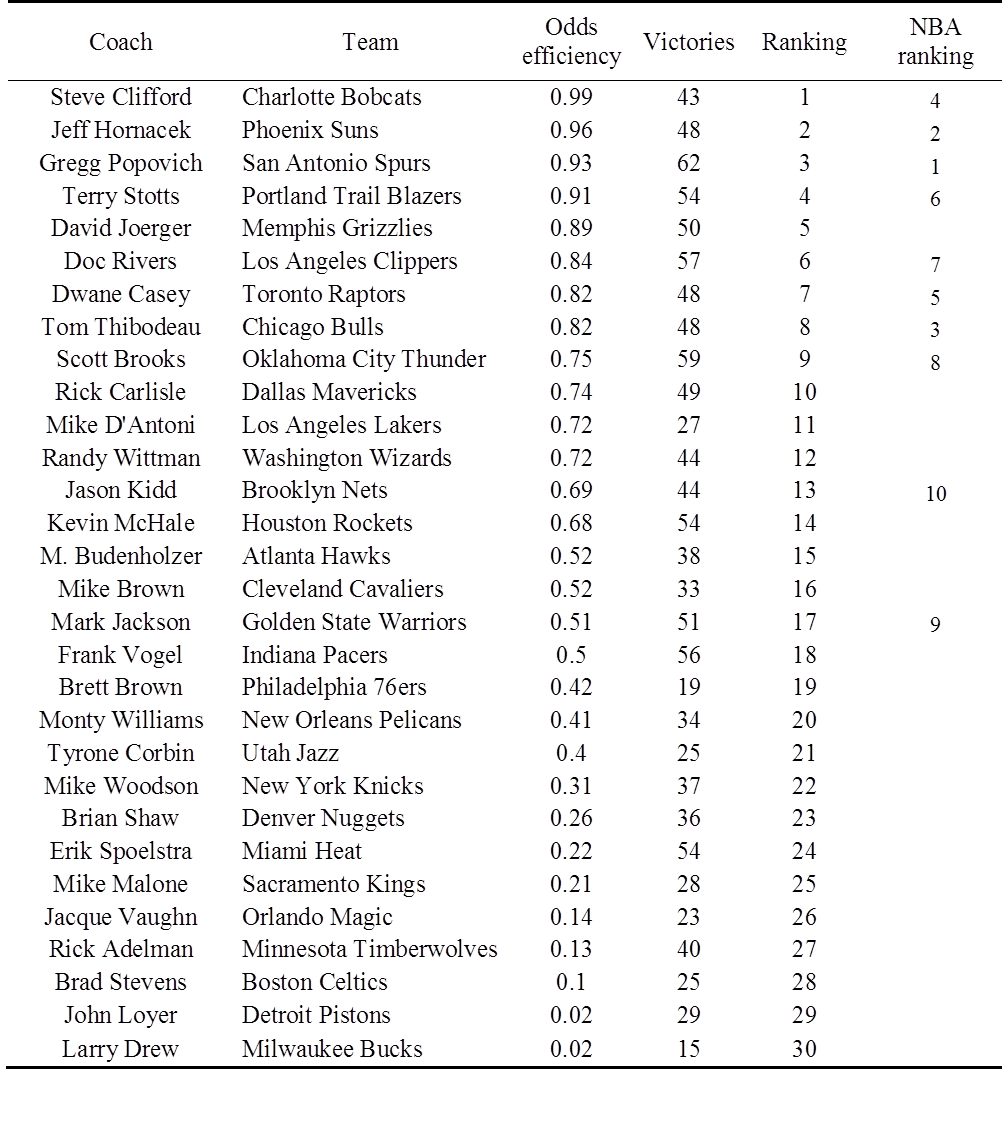 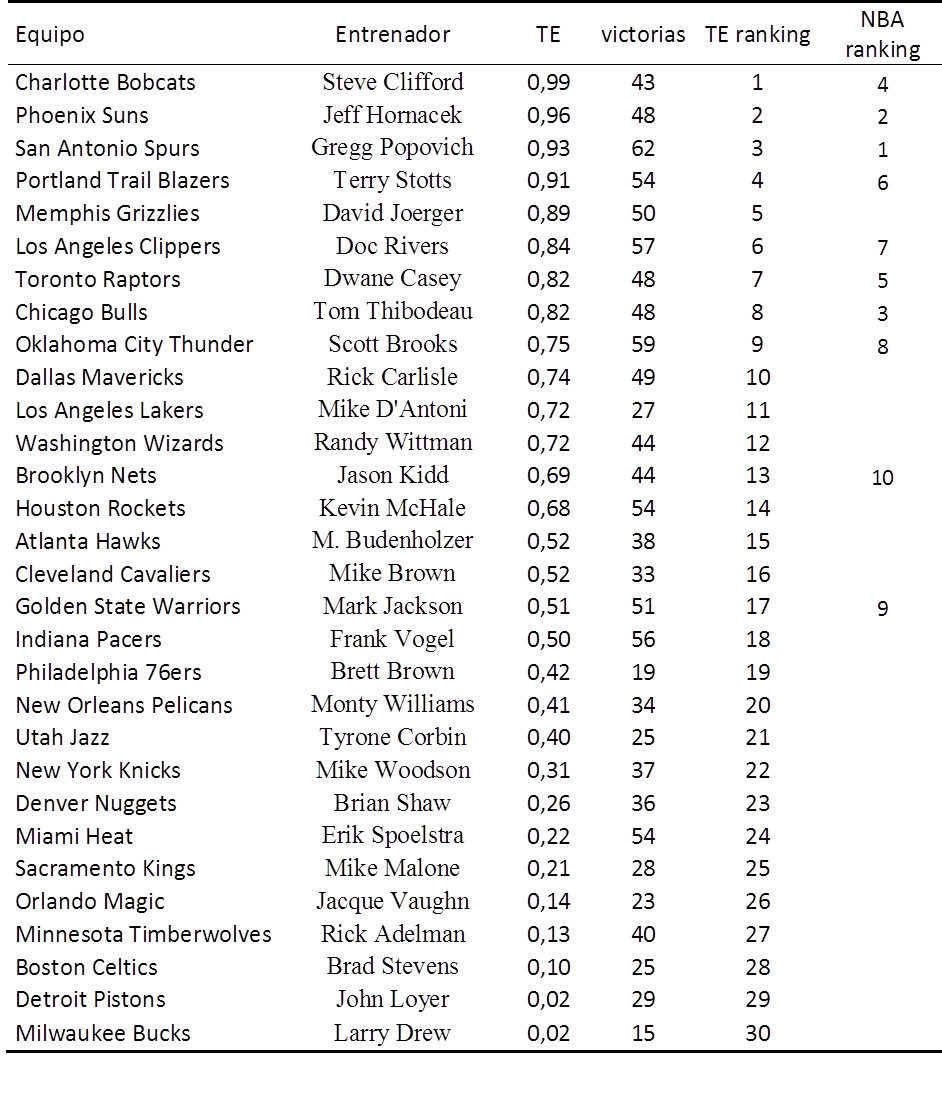 Coauthored with Fernando Herencia
The ESPN web has recently published an article where it was provided a ranking for the NBA coaches of this season. In doing so, they asked a panel of experts to “rate each team’s coach in terms of their performance in guiding the franchise to overall on-court success, both in the short and long term”. In the explanation of the methodology by the ESPN it is said that “there’s still virtually no objective measure to rate the guys who draw up the plays and manage the egos apart from titles and rings”. It is true that there is not an objective measure to evaluate the performance in the long term since they are based on expectations, however it is not true that there is no objective measures to analyze the coaches’ performance. The most popular is that based in frontier methods, in which for each coach is attributed in some way the quality of his rooster and subsequently it is evaluated the difference between the actual results and the best results possible for his squad. The lower the difference between them the better the coach performance is. This methodology was used to evaluate NBA coaches´ performance in this paper from Dave Berri.
Other alternative to evaluate objectively the coaches’ performance is to compare the actual results with those expected from betting odds. The probability of the two possible outcomes in a game (i.e., local victory and away victory) is embedded in betting odds so that it is enabled to calculate the probability of getting each of the possible number of victories.
Next graph shows the density function of victories for Miami Heat and Charlotte Bobcats within this season till their matchday 74. It can be seen that the probability of obtaining less than 40 victories for the Miami Heat is almost zero. The opposite is true for Charlotte Bobcats. The reason is straightforward: Miami Heat has a much better rooster than Charlotte Bobcats. 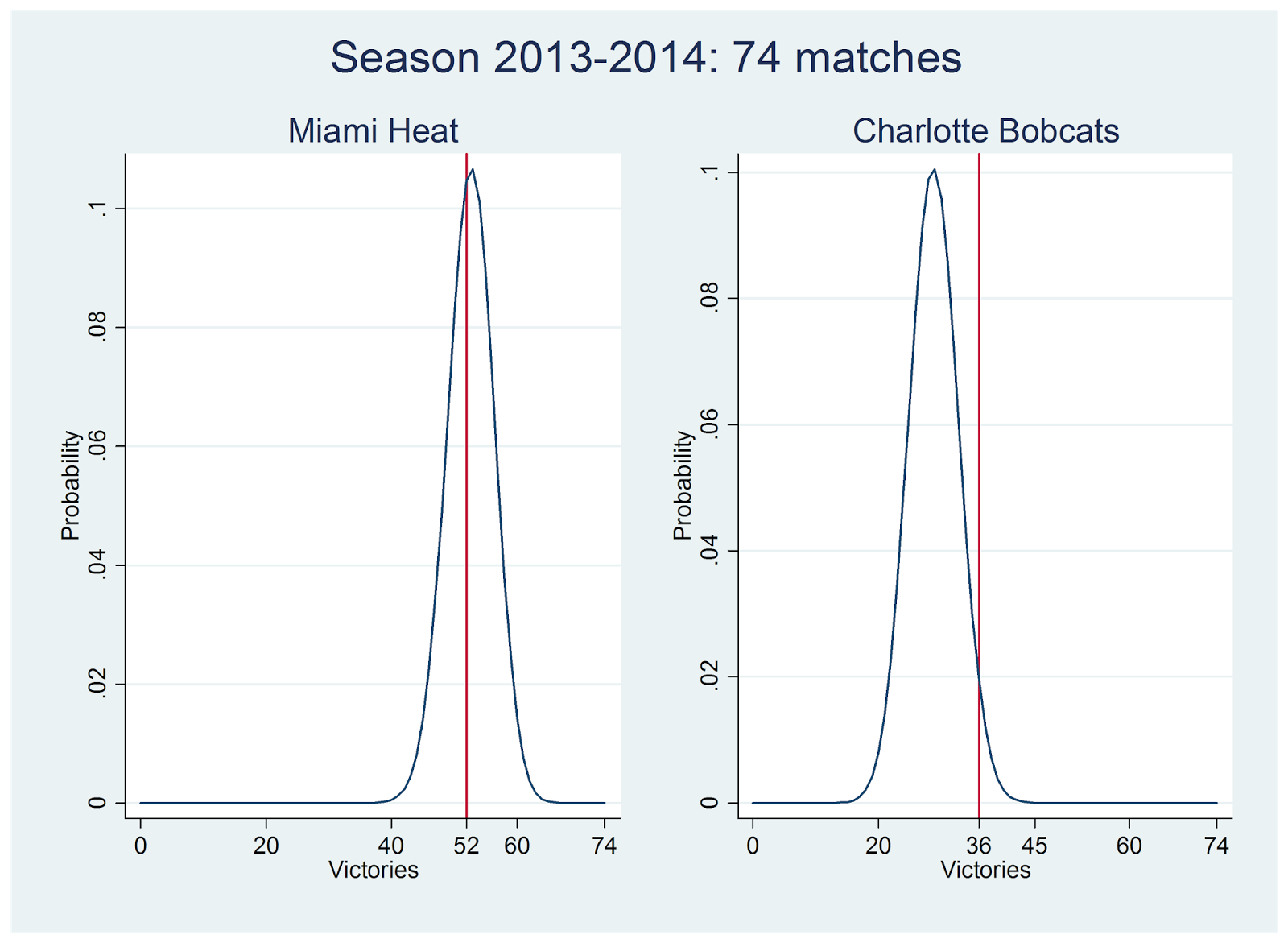 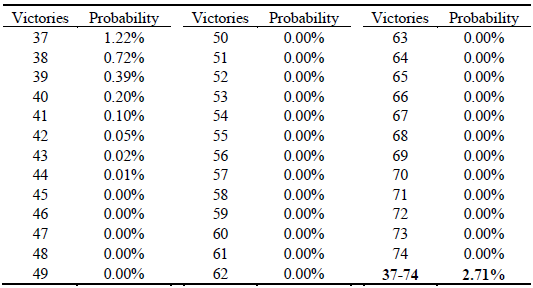 As it can be seen, the probability of obtaining more victories than the actual (36 out of 74) is 2.71%. Then, to calculate an objective measure of the performance of the team it has to be calculated the inverse of 2.71%, that is 97.3% or 9.73 out of 10.
Next table shows the coaches’ performance using the methodology described above in the 74 first matches for each team such as the ratings provided by the ESPN. 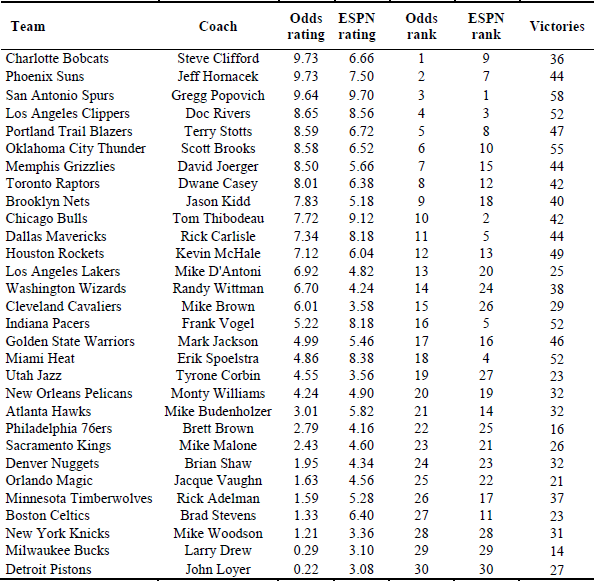 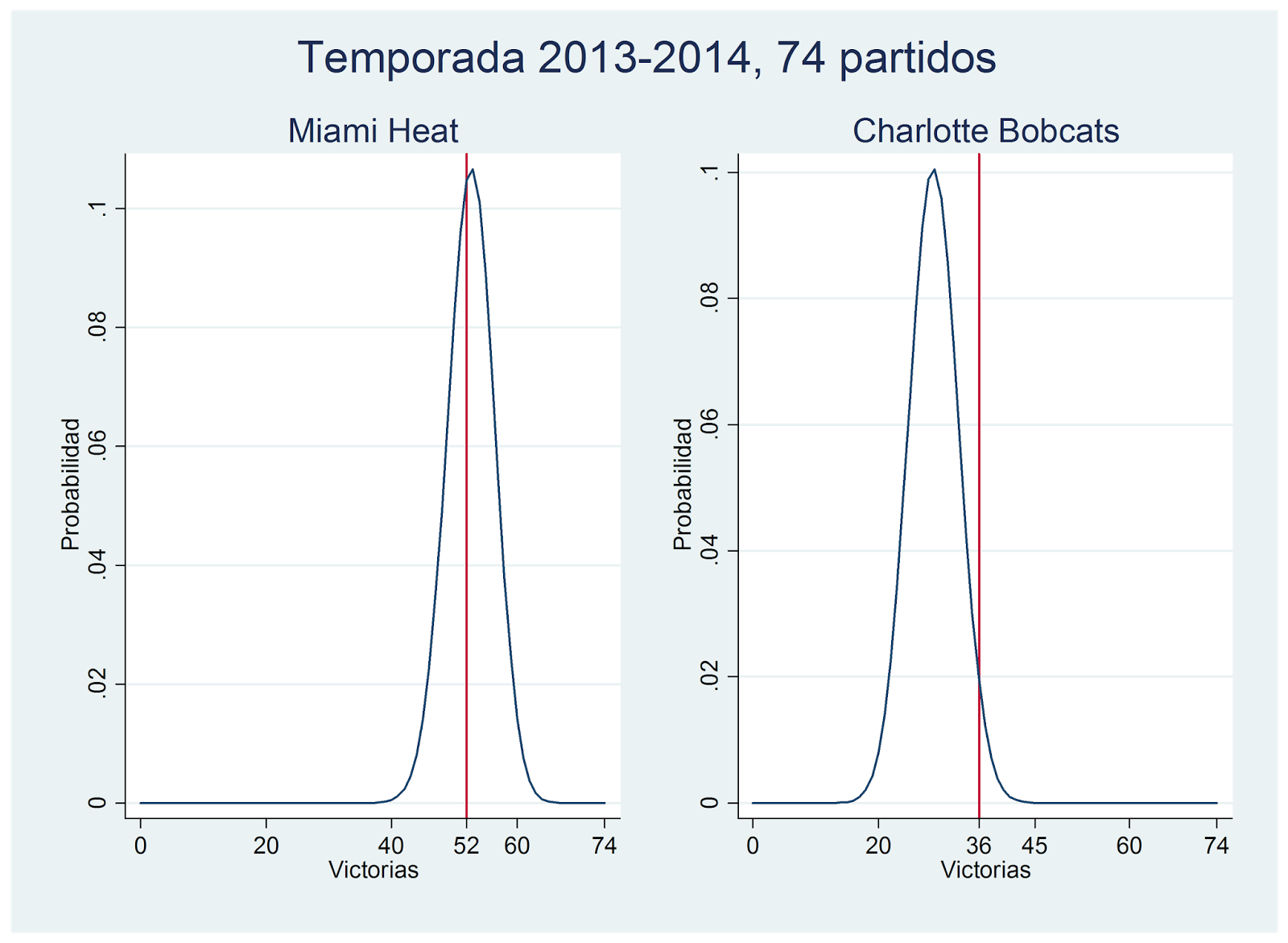 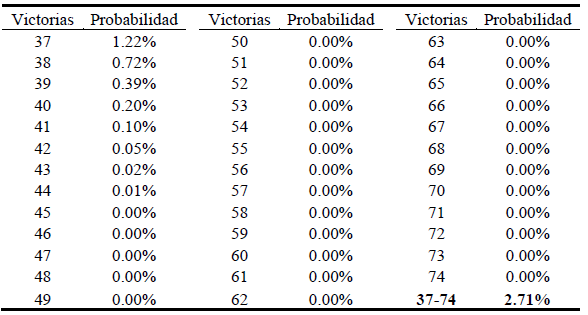 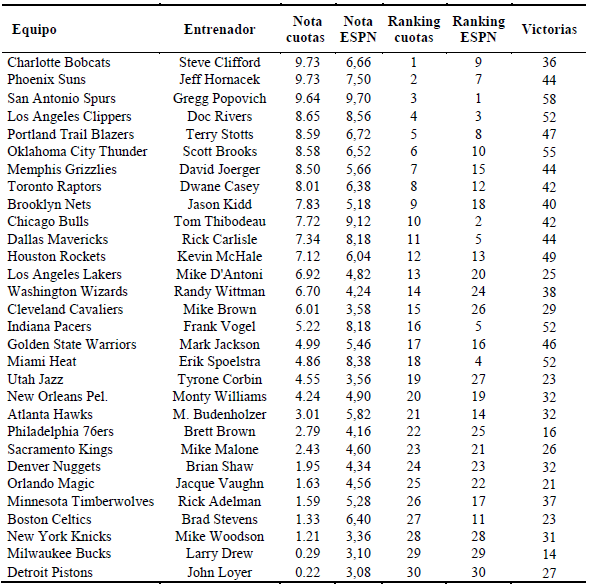